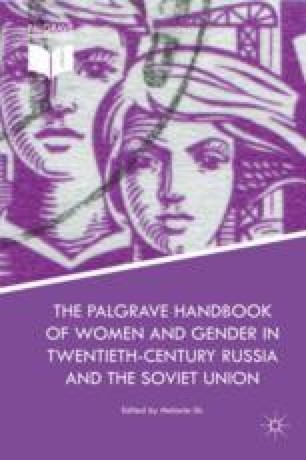 On the Eve: Gender, Historiography and the Prelude to Revolution

This chapter traces key trends in the primarily but not exclusively anglophone historiography of pre-revolutionary Russian women’s history, published since the 1970s. It touches on the difficulties of conducting primary source research in the Soviet Union in the years before 1991 and on the influence of Cold War divisions, especially in the United States, on scholarship. Exploring the new avenues of research and approaches to old questions, in particular approaches employing gender as a category of analysis, which emerged after the collapse of the Soviet Union in 1991, the chapter notes the influence of the new scholarship on Russian history more broadly, in addition to continuities as well as change across the divide of 1917.