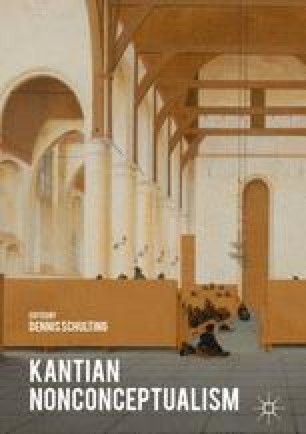 Sensible Synthesis and the Intuition of Space

According to the standard interpretation of Kant’s conception of the generation of intuitions, for intuitions to arise, sensibility and understanding have to cooperate, because sensations only form intuitions if they are synthesised by the understanding. Recently, this interpretation has been challenged. For Colin McLear, for example, it follows from the Metaphysical Exposition of the Transcendental Aesthetic that intuitions cannot be the result of an intellectual synthesis. Grüne argues that contrary to McLear the Metaphysical Exposition is compatible with the assumption that in order for intuitions to be produced sensations have to be synthesised by the understanding.

Objective Representation Phenomenal Character Infinite Time Intellectual Activity Finite Period
These keywords were added by machine and not by the authors. This process is experimental and the keywords may be updated as the learning algorithm improves.
This is a preview of subscription content, log in to check access.