The Feasibility of Citizen's Income 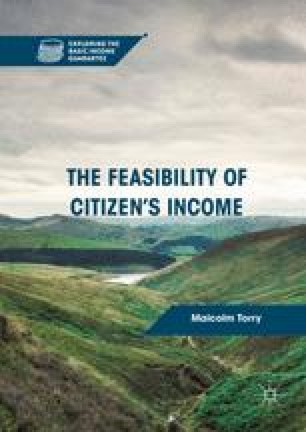 Is a Citizen’s Income Politically Feasible?

Minimum Wage Disposable Income Political Ideology Social Democracy Child Benefit
These keywords were added by machine and not by the authors. This process is experimental and the keywords may be updated as the learning algorithm improves.

Some of the material in this chapter draws on some of the same sources as Chap. 13 of Malcolm Torry (2013) Money for Everyone: Why we need a Citizen’s Income (Bristol: Policy Press).