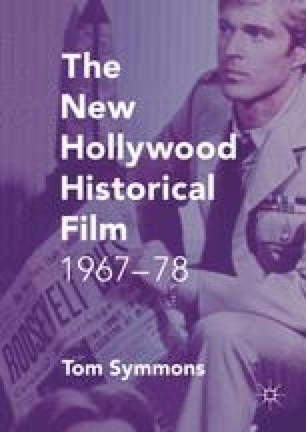 ‘The Birth of Black Consciousness on the Screen’?: The African American Historical Experience, Blaxploitation and the Production and Reception of Sounder (1972)

Following the decline of the Civil Rights movement and the rise of Black Power in the late 1960s, race and its representation were the subject of impassioned debate. A key feature of this debate was Sounder (Ritt, 1972), a rare example of a black historical that has not received the scholarly attention it deserves. Unique and contradictory, this Depression-set drama both marked a break from the post-Second World War social problem film and its images of black suffering, and was the antithesis of the violent and controversial blaxploitation boom of the period that channelled black rage and defiance. Emphasising universal themes over those of race, namely family love and dignity in the face of adversity, Ritt’s film was widely acclaimed in the national press, but also served to highlight the profound opposition between the ideologies of racial integration and racial separation within the African American community and American society at large.

Black People Film Industry Black Panther Party Rental Income Black Film
These keywords were added by machine and not by the authors. This process is experimental and the keywords may be updated as the learning algorithm improves.
This is a preview of subscription content, log in to check access.