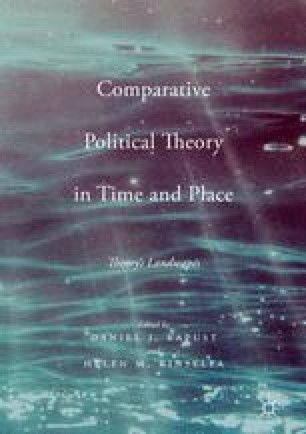 Two letters are attributed to the eighth-century Persian secretary and Arabic translator Ibn al-Muqaffac: the Letter of Tansar and the Letter on Companionship. While Ibn al-Muqaffac’s native language was Persian, he was among the luminaries and founders of early Arabic prose. The Letter of Tansar is actually Ibn al-Muqaffac’s translation of a letter from Persian into Arabic. In the original letter, Tansar (chief priest of the Sasanian king Ardashir I who ruled from 224 to 40 A.D.) responds to criticisms against the king levied by the king of Tabaristan. Tansar here advocates for a model of the just world often called the ‘circle of justice.’ This just world represents Ardashir’s supposed vision of how to order the dynasty (i.e. making Zoroastrianism the state religion, and setting men in four social ranks). Since Ibn al-Muqaffac translates this letter into Arabic, the political concepts embodied in it (such as the ‘circle of justice’) must have been known to him. Yet, it is only in Ibn al-Muqaffac’s letter to his caliph known as the Letter on Companionship (or Risāla fī al-Ṣaḥāba) that Ibn al-Muqaffac uses the ‘circle of justice’ as a model for how to reform the Abbasid dynasty. In the Letter on Companionship, Ibn al-Muqaffac transforms a Persian model of rule (present in the Letter of Tansar) into an Abbasid blueprint for political reform. In this way, Ibn al-Muqaffa renders an Arabic tradition of political theory indebted to Persian kuttāb (or secretaries) and mawālī (or clients of Arab tribes), who reclaimed Persian ideas of the conquered as symbols of political power. This exploration of the uses to which Ibn al-Muqaffa’ puts Persian political writing, to broaden and expand the emerging Arabic political vocabulary, dovetails with the projects of authors Gordy and Thomas in this volume. While working on completely different contexts, Gordy explores twentieth-century Marxist Jose Mariategui’s uses of European and indigenous sources to advocate for his political vision, and Moore asks how political theorists today can draw from Buddhist traditions to expand and enrich our current discussions of international law. All three of these questions help us probe how translation of diverse traditions and concepts can serve as a vehicle for political and institutional innovation and reform.

Social Rank Political Concept Buddhist Tradition Political Vision Islamic Tradition
These keywords were added by machine and not by the authors. This process is experimental and the keywords may be updated as the learning algorithm improves.
This is a preview of subscription content, log in to check access.