Turkey and Qatar in the Tangled Geopolitics of the Middle East 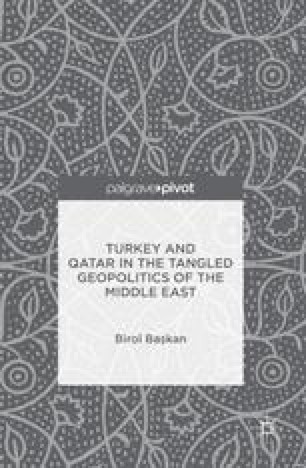 Unsettling the Middle East: The Implications of the US Rhetoric and Action

This chapter discusses how the US response to the 9/11 attacks has shaken the regional context in the Middle East. By overthrowing the regime in Iraq, the USA destroyed a Sunni Arab bulwark regime that balanced Iran in the region. As the Shia groups came to political prominence in Iraq, Iraq has become, or is perceived to be, an ally of Iran. The US efforts to isolate Iran further aggravated the problem as Iran began to speed up its nuclear program. It was in this context that the traditional leaders of the Middle East, Saudi Arabia and Egypt, were in retreat, opening more space for new actors to expand their activism and dynamism.