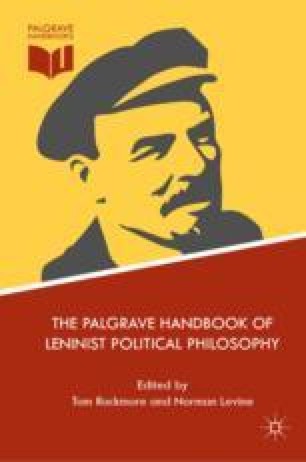 The present paper discusses problems of the historical transformation from a capitalist economy to a socialist economy through detailed point-by-point comparison of Lenin’s New Economic Policy with Deng Xiaoping’ Economic Reform. I show that, although they are separated by 60 years, they occurred in similar historical contexts. More precisely, each took place after the historic transformation from a capitalist form of economy (half-capitalism and half feudalism) to a socialist form of economy, and each faced similar problems of economic stagnation brought about as the result. It is perhaps not an accident that not only were the problems they faced similar, but the policies that independently arose for dealing with them were also similar. Moreover, the guiding principle of the policy was almost the same. This paper considers the historical background of Deng Xiaoping’s Economic Reform, including its step-by-step logical progression, and further considers the background of Deng Xiaoping’s thinking.

I want to express my thanks to Professors David McLellan and Tom Rockmore, who both helped to improve my English.