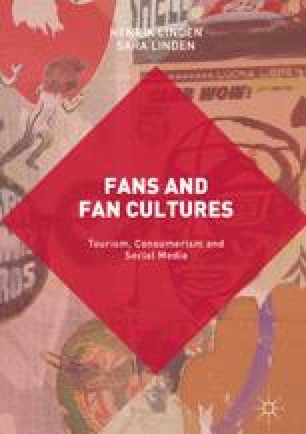 Millions and millions of people continue to invest their time, money and emotions in something which is destined to have an uncertain future. We are increasingly encouraged to do so, through the recent upsurge in status of the “fan” as consumer. The fan, we are told, is perhaps the most important market segment. The “fan” concept is multifaceted, and there are different ways of approaching the study of fans and fan cultures. By incorporating views and perspectives from cultural studies, critical theory and marketing and business management, we have established that there are both similarities and differences in how brand fans and more “traditional” fans (such as fans of music, media and sport) behave, and also how differently these types of fans are approached by brands and media producers.

Social Medium Social Media Platform Corporate Brand Recent Upsurge Social Media Activity
These keywords were added by machine and not by the authors. This process is experimental and the keywords may be updated as the learning algorithm improves.
This is a preview of subscription content, log in to check access.