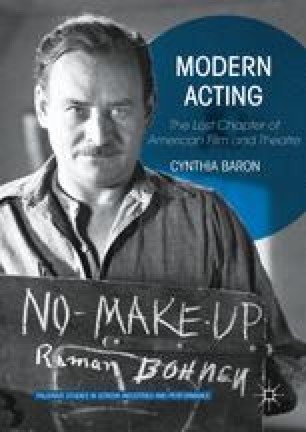 Chapter 5 examines the Modern acting principles that first emerged when American theatre practitioners developed acting programs in the 1880s. This development was a response to changing visions of modern theatre and the new centralized touring companies that diminished opportunities for young actors to learn their craft in local repertory. The chapter draws on James McTeague’s research on the numerous actor training programs established in the USA between 1875 and 1925. It reflects on the major contributions of the repertory companies led by Minnie Maddern Fiske and Eva Le Gallienne. It also illustrates the vision of acting introduced by Moscow Art Theatre members Richard Boleslavsky and Maria Ouspenskaya, whose work at the American Laboratory contributed to the articulation of Modern acting principles.

Modern Theatre American Laboratory Love Affair Touring Company Script Analysis
These keywords were added by machine and not by the authors. This process is experimental and the keywords may be updated as the learning algorithm improves.
This is a preview of subscription content, log in to check access.