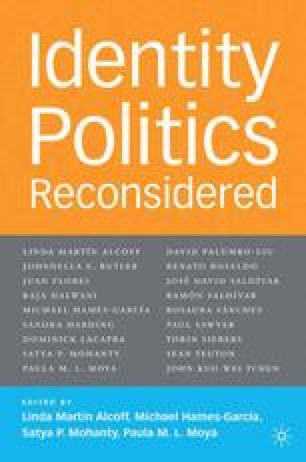 Disability Studies and the Future of Identity Politics

Nobody wants to be in the minority. People angle not to be left alone in a dispute, and those who risk to be seek the protection of those like them to lend greater weight to their social power. We all seem to share a basic intuition about what it means to be human and to face a community of others created by our exclusion. But the fear of being in the minority exerts pressure beyond the influence of social conformity. It carries tremendous weight in political and social theory as well, where minority identity appears as a category that will not go away, even though many political theorists give only a minor place to it. Liberal political theory, for example, is based on the expectation that minorities will eventually disappear as they become fully integrated into a single polity. For liberals, a utopian society with a minority population is inconceivable. If it is the case, however, that minority identity is not destined for extinction, it may be worth considering it as a factor in all political representation. Identity politics is often associated by its critics with minority groups, but it is crucial to a vision of democratic society in its complex entirety. For identity politics makes it possible to conceive of democratic society as comprising significant communities of interest, representing minor affiliations and different points of view that need to be heard and included if democratic society is to continue.

Social Construction Democratic Society Social Model Mental Disability Political Representation
These keywords were added by machine and not by the authors. This process is experimental and the keywords may be updated as the learning algorithm improves.
This is a preview of subscription content, log in to check access.