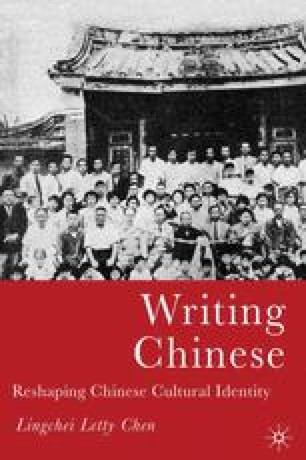 The “Right” to Copy and the “Copyright”: Authenticity, Hybridity, and Cultural Identity

The reality and consequences of globalization1 are once again confirmed by the outbreak of Sudden Acute Respiratory Syndrome, otherwise known as SARS. It first began in November 2002 in Guangdong Province of southern China. Within the space of six months, SARS spread to more than twenty-six countries and created worldwide fear of this unknown and highly contagious virus. The Beijing city government’s misjudgment of this incident—treating it as a regional problem and underreporting the cases— quickly turned the Chinese government into the target of international condemnation. The Chinese government’s early reaction to and measures taken toward the disease when it first appeared in Guangdong are consistent with its past when faced with a potential source of social instability. It has been the political and historical instinct of the Chinese government to want to exert control on the one hand and to protect its international image (“to preserve face”) on the other. The Chinese government’s early decision to suppress the news might have helped maintain domestic sociopolitical and economic stability. However, the Chinese government overlooked the degree to which the world has been globalized and how closely China is tied to the global network. So, what seemed to be a safe decision at first turned out to be a horrible mistake that cost the Chinese government its credibility both domestically and internationally, as well as initiating an enormous economic setback.

Chinese Government Cultural Identity Magical Power Colonial Culture Textual Practice
These keywords were added by machine and not by the authors. This process is experimental and the keywords may be updated as the learning algorithm improves.

The driving historical question is this: How has it come to be that the most perplexing moral dilemmas of this era are dilemmas posed by our skill at the creation of likenesses of ourselves, our world, our time?

Hillel Schwartz, The Culture of the Copy

Creating stability from this instability is no small task, yet all identity formation is engaged in this habitually bracing activity in which the issue is not so much staying the same, but maintaining sameness through alterity.

Cite this chapter as:
Chen L.L. (2006) The “Right” to Copy and the “Copyright”: Authenticity, Hybridity, and Cultural Identity. In: Writing Chinese. Palgrave Macmillan, New York