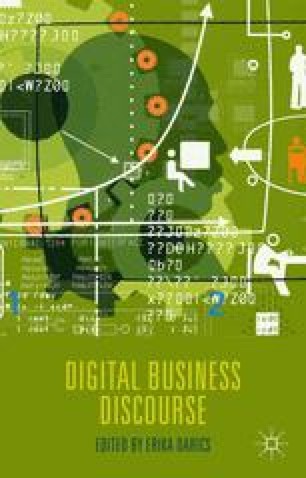 Snuff Said! Conflicting Employee and Corporate Interests in the Pursuit of a Tobacco Client

This chapter presents an analysis of a thread of intranet postings from a Swedish web consultancy at the time of its pursuit of a tobacco company as a client. Prior to the data collection, the tobacco company was to launch a new brand of snus, or moist snuff, and invited online marketing proposals from various web consultancy firms. During the proposal writing process, the Creative Director from this study’s focus company, hereafter referred to as WEB, posted on the company-wide intranet a brief announcement of the proposal work along with a 25-question survey concerning the habits and preferences of snuff-using colleagues. It was via this post that other employees learned of the company’s intentions to pursue the tobacco company, hereafter referred to as SNUFF, as a client. While the original intranet post presenting the survey did not indicate or acknowledge any anticipation of conflict or debate, a number of employees immediately called into question, problematized or even vilified the pursuit of SNUFF as a potential client. Other employees posted in defense of WEB’s decision to submit a proposal, and in this way a specific conflict about the ethical issues of pursuing a tobacco company unfolded, and a general debate over corporate vision and goals as well as moral responsibilities emerged.

Corporate Reputation Public Health Agency Tobacco Company Corporate Identity Computer Mediate Communication
These keywords were added by machine and not by the authors. This process is experimental and the keywords may be updated as the learning algorithm improves.
This is a preview of subscription content, log in to check access.