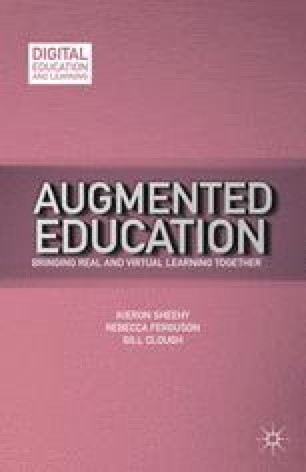 The last two chapters have explored ways in which learning can be augmented through the use of virtual worlds. Although such environments are widely used, particularly for gaming, their use is dwarfed by social media, which are now almost ubiquitous in many countries. Accessible through phones, tablets, games consoles, and computers, the 1.3 billion people who currently access Facebook and the 190 million people who access Twitter each month are never far from a portal to their online interaction. These social media facilitate conversations and the exchange of information, but the majority of postings could only be described as “learning” in the loosest sense of the word.

Social Medium Informal Learning Dust Devil Twitter Account British Broadcasting Corporation
These keywords were added by machine and not by the authors. This process is experimental and the keywords may be updated as the learning algorithm improves.
This is a preview of subscription content, log in to check access.