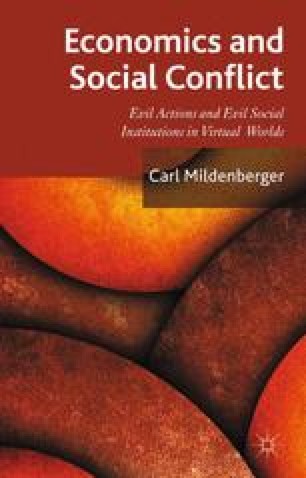 EVE Online (usually only called ‘EVE’ by players and developers) was published by CCP Games in May 2003. In January 2011, EVE had more than 390,000 active players and an average of around 30,000 concurrent users logged in at any time. On January 23, 2011, a new record of concurrent users was achieved: 63,170 users were simultaneously logged on onto the same server (CCP Explorer*, 2011). These numbers make EVE one of the internationally most successful MMORPGs at the moment.

Solar System Social Conflict Asteroid Belt Foreign Exchange Rate Game Mechanic
These keywords were added by machine and not by the authors. This process is experimental and the keywords may be updated as the learning algorithm improves.
This is a preview of subscription content, log in to check access.