The American Success Myth on Film 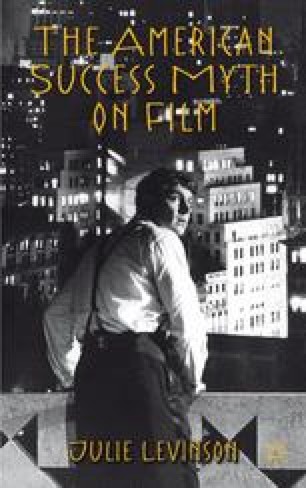 Moving Up and Moving On: Mobility and the American Success Myth

At the heart of the American dream and at the center of classic success myth stories lies the promise of mobility and self-making. Americans, these stories tell us, are endowed with the inalienable right to create an adult self out of whole cloth, rather than simply making do with the identity in which we find ourselves clad. We are active subjects rather than compliant objects of our personal destinies. Accidents of birth, rather than being implacable impediments to advancement, are merely challenges to be overcome through hard work. From log cabin to White House, from scruffy music club to arena rock superstardom, from the mailroom to the executive suite, the biographical and fictional heroes of success myth tales accomplish their rise through their single-minded application of the work ethic and their adherence to the individualist credo of competitive advantage. And if they can do it, these stories tell us, anyone and everyone can too if they want to badly enough.

Social Mobility Success Story Downward Mobility American Cinema Hollywood Movie
These keywords were added by machine and not by the authors. This process is experimental and the keywords may be updated as the learning algorithm improves.

But to be an American … is precisely to imagine a destiny rather than to inherit one; since we have always been, insofar as we are Americans at all, inhabitants of myth rather than history …