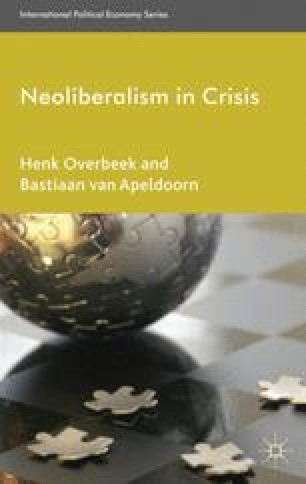 Investment Bank Power and Neoliberal Regulation: From the Volcker Shock to the Volcker Rule

In 1941, Paul Sweezy (1910–2004), a founding member of the ‘monopoly capital’ school of Marxism, published an article on the power of US investment banks in light of the 1929 stock market crash and ensuing depression. His assessment of their relative position and future prospects within the corporate hierarchy was bleak. Although the major investment banks had survived the turbulent 1930s, Sweezy argued that they failed to reassert the dominance they secured during the initial transition from competitive to monopoly capitalism around the turn of the twentieth century (see Veblen 1923). Firms that once embraced the guidance of investment bankers had matured into giants capable of expanding their operations through internal financing. As a result, most of the securities market activity that took place involved routine refunding operations that required little investment bank expertise, while those few securities that were newly issued were privately placed with increasingly powerful institutional investors.

Commercial Bank Investment Bank Security Market Future Earning Current Crisis
These keywords were added by machine and not by the authors. This process is experimental and the keywords may be updated as the learning algorithm improves.

—John Steinbeck, The Grapes of Wrath