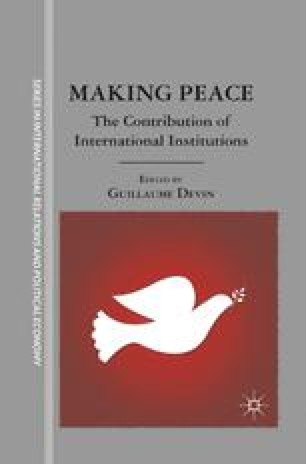 The Fight against Chemical and Biological Weapons: The Role and Performance of Competent Institutions

The diplomat of disarmament, a kind of emergency doctor to international society, might be tempted to argue ad absurdio against the pure moralist. To be sure, he shares with the philosopher the deep- seated belief that “in truth, peace is more than the absence of war; it is a virtue arising from the vigour of the soul.”2 But he must also take into consideration something that is both a truism and a call for action, action on his part: if the first shot has yet to be fired, peace can be saved. Therefore, chemical disarmament and the fight against chemical and biological proliferation are clearly of paramount importance in preventing the use of such materials by belligerents and terrorists, for terrorism is another form of warfare, conducted by a nonstate actor.

State Parti State Party Chemical Weapon Biological Weapon Export Control
These keywords were added by machine and not by the authors. This process is experimental and the keywords may be updated as the learning algorithm improves.

The opinions and views in this chapter are the author’s own.

Cite this chapter as:
LÉval H. (2011) The Fight against Chemical and Biological Weapons: The Role and Performance of Competent Institutions. In: Devin G. (eds) Making Peace. The Sciences Po Series in International Relations and Political Economy. Palgrave Macmillan, New York