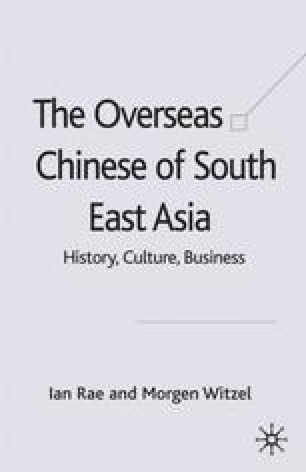 Over the past centuries, South-East Asia has served as, variously, a supplier of luxury goods to the lands to the north and the west, a centre of production of raw materials and resources needed by industrialised countries, a low-cost manufacturing centre, and a supplier of capital and investment, most especially to mainland China. Through all the various phase of its development, South-East Asia’s economy has had one common feature: it has been largely based on exports. Unlike China, the United States or Western Europe, the internal market alone has never been enough to fuel strong economic growth.

Luxury Good Khmer Rouge Asian Crisis Strong Economic Growth Civilian Government
These keywords were added by machine and not by the authors. This process is experimental and the keywords may be updated as the learning algorithm improves.
Download to read the full chapter text

Cite this chapter as:
Rae I., Witzel M. (2008) The Future. In: The Overseas Chinese of South East Asia. Palgrave Macmillan, London