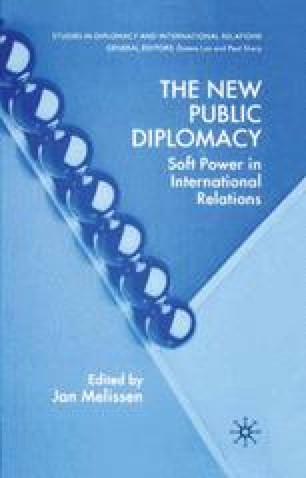 Revolutionary States, Outlaw Regimes and the Techniques of Public Diplomacy

Public diplomacy, the process by which direct relations are pursued with a country’s people to advance the interests and extend the values of those being represented, appears to be an idea whose time has come. The consensus is that it is made necessary by economic interdependence, possible by the communications revolution, and desirable by the rise in democratic and popular expectations. Even the emerging civilizational wars, which some argue are disrupting this picture, do not tell against public diplomacy, in fact quite the reverse. In the aftermath of the events of 11 September 2001, governments, it is now customary to argue, will have to conduct more public diplomacy and become better at it.1 However, this consensus about the importance of public diplomacy is not matched by a similar consensus regarding the consequences of its use for what remains an international society of states. Are governments merely to work harder at getting their message out to target markets in the same way that private enterprises seek to boost their sales? Or, in so doing, are they participating in the further disaggregation of existing social structures and the replacement of the constricted and constraining communications of states by real conversations between peoples?

Foreign Policy October Revolution Commanding Officer Public Diplomacy Friday Prayer
These keywords were added by machine and not by the authors. This process is experimental and the keywords may be updated as the learning algorithm improves.
This is a preview of subscription content, log in to check access.