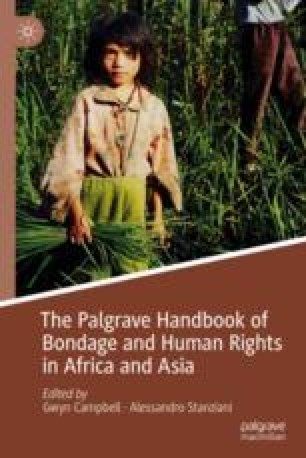 Sex, Money, and Modern-Day Slavery: Trafficking of Women and Children in China

As globalization has increased economic, social, and political ties across borders, often in beneficial ways, it has also facilitated the spread of harmful activities such as human trafficking. This chapter describes the phenomenon of sex trafficking in China, and identifies groups susceptible to this form of exploitation, as well as cultural factors that influence trafficking. Catalysts for the sex slave trade include consumer demand, government policies, lack of rule of law and alternative employment opportunities, and poverty, among others. Because these catalysts operate at both micro- and macro-levels, addressing sex trafficking is complicated. This chapter discusses Chinese policy towards the sex trafficking issue, and how the national response has changed over time. The chapter concludes with recommendations for further action.

Cite this chapter as:
Warnecke T. (2019) Sex, Money, and Modern-Day Slavery: Trafficking of Women and Children in China. In: Campbell G., Stanziani A. (eds) The Palgrave Handbook of Bondage and Human Rights in Africa and Asia. Palgrave Macmillan, New York