The Palgrave Handbook of Workers’ Participation at Plant Level 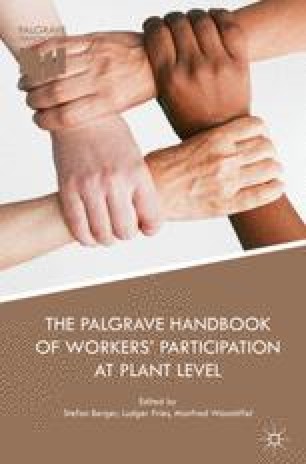 Labor-Management Council in Korea: A Look at the Past, Contemporary Trends, and Challenges for the Future

Labor-management councils (LMCs) are joint labor-management bodies that operate mostly at the plant or enterprise level in KOREA. Historically, however, it is reasonable to assume that the LMCs in Korea began as part of the labor-control policy of the military dictatorship rather than for worker participation. After the democratization of 1987, freedom of association and strike, trade union movement, and democratic labor relations have grown remarkably, yet it is hard to find any substantive change in worker participation.

According to a data analysis of Workplace Panel Survey (WPS2005–WPS2013) that statistically represents businesses with more than 30 employees in Korea, the size of the firm and the existence of the trade union have a decisive influence on the establishment of the LMC. About 10 percent of the LMCs of nonunionized workplaces function as similar trade unions that engage in negotiations and disputes, but the remaining 90 percent are not.

Cite this chapter as:
Kim J., Song M. (2019) Labor-Management Council in Korea: A Look at the Past, Contemporary Trends, and Challenges for the Future. In: Berger S., Pries L., Wannöffel M. (eds) The Palgrave Handbook of Workers’ Participation at Plant Level. Palgrave Macmillan, New York