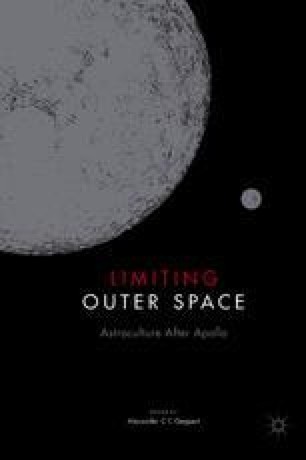 As icons of the ‘one earth’ and ‘one world’ movements, the Apollo images of earth became emblematic of a self-reflexive turn in the 1970s, redirecting attention from outer space back home. This chapter examines how the phenomenon of cultural self-reflexivity was treated by English-language novelists from non-spacefaring nations. Offering renditions of ‘the Earthward gaze’ in novels not otherwise concerned with space exploration, Doris Lessing, A.S. Byatt and John Banville presented self-reflection as an anthropological constant and perennial concern of the novel genre, rather than an effect of spaceflight. The chapter shows how these authors appropriated the imagery of astroculture for valorizations of the novel genre in opposition to a contemporary ‘culture of narcissism,’ situating their work in the context of metafictional and critical writing of the 1970s.