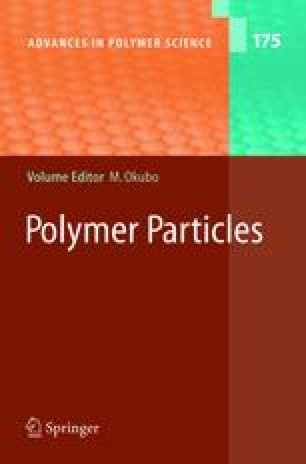 In recent years, carbon dioxide has been investigated for its potential to replace the aqueous and organic solvents used in polymerization processes. Carbon dioxide has several benefits, including being environmentally benign, a tunable solvent, resistant to chain transfer, and of low viscosity which facilitates high initiator efficiencies and fluid handling. Homo- and copolymerization of fluoroolefins such as tetrafluoroethylene (TFE), vinylidene fluoride (VF2), hexafluoropropylene (HFP), and perfluorinated vinyl ethers in carbon dioxide are particularly interesting because of the significant waste reduction and the elimination of potentially harmful processing agents. This review focuses on recent developments in polymerizing fluoroolefins via heterogeneous polymerization in carbon dioxide. At least one CO2-based polymerization process has recently been commercialized, and additional research is underway to understand the kinetics associated with polymerizing fluoroolefins in carbon dioxide. As researchers improve their understanding of CO2-based polymerizations, and as industry continues to look for more economically and environmentally-sound alternatives to existing processes, it will become more and more common to employ carbon dioxide as a polymerization medium.