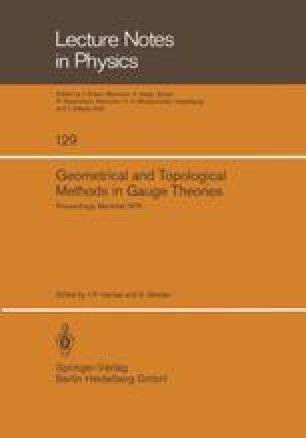 A spacetime symmetry group is any group which may be used as the structure group for the tangent bundle to spacetime. I list many such groups and the corresponding principal bundles. The most familiar are: the Lorentz group = 0(3,1,8) which uses the bundle of orthonormal frames, GL(4,R) with the general linear frame bundle, the Poincare group = IO(3,1,R) with the affine orthonormal frame bundle, and the spinor group, SL(2,C), with the orthonormal spinor frame bundle. The group GL(2,C) is also interesting because it leads to a unification of electromagnetism with a Weyl-Cartan theory of gravity.

Many authors have used these groups and bundles to describe gravity as a gauge theory. I summarize these efforts. As with all gauge theories, the principal bundle is given a connection which is taken as an independent variable. What distinguishes gravity from other gauge theories is the existence of a soldering form (a 1-form frame field dual to each vector frame field) which is also called the tetrad or vierbein. For the homogeneous groups (0(3,1,R), SL(2,C), etc.) the soldering form must be included as an independent variable in addition to the linear connection. For the inhomogeneous groups (IO(3,I,R), etc.) the soldering form may be identified as the translation part of the affine connection.

For those groups in which the connection is non-metric-compatible (GL(4,R) GL(2,C), etc.) the metric may be taken as an additional independent variable. In that case the metric acts as a Goldstone-Higgs field breaking the symmetry down to 0(3,1,R) or SL(2,C) or IO(3,I,R) or ASL(2,C). The symmetry breaking is different from the usual Higgs mechanism because there are no residual massive scalar fields. If a kinetic term for the metric is included in the Langrangian then some components of the connection develop a mass.

Gauge Theory Soldering Form Tangent Bundle Lorentz Group Orthonormal Frame
These keywords were added by machine and not by the authors. This process is experimental and the keywords may be updated as the learning algorithm improves.