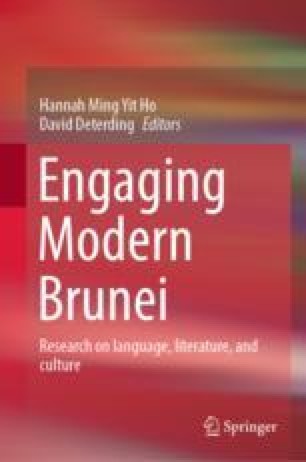 A Cultural Enterprise: A Study of Contemporary Bruneian Films

Based on Manovich's notion of digital cinema as a cultural interface, drawing on an array of case studies such as Harlif Hj Mohamad and Nurain Abdullah’s Ada Apa Dengan Rina (2013) and Rina 2 (2017), Siti Kamaluddin’s Yasmine (2014) and Hari Minggu yang Ke-empat (2018) and Abdul Zainidi’s docu-horror short film series Vanishing Children (2015–2019) and feature film Worm and The Widow (2020), this paper gives a comprehensive, in-depth discussion on contemporary digital filmmaking in Brunei and its resonance with the Bruneian traditional socio-cultural ethos. Furthermore, this paper goes on to investigate the emerging Bruneian movie industry amid the digital transformation and its increasingly essential promotion of the unique Bruneian national identity and cultural preservation.

The 15 Bruneian Feature Films. The details were collated by Nurain Abdullah for Film and Theatre Evolution Association (FITREE), Brunei in 2018. The list was updated by Yong Liu for this chapter.

In addition, Anggur in the Pockland (2017, directed by Abdul Zainidi, produced by Brurealism Pictures) was screened at the Brunei Francophonie Week and international film festivals. This film is 65 minutes long, so it might be regarded as a mini feature film.