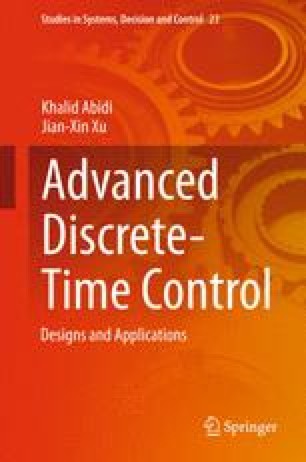 In this study, we discuss the discrete version of the Adaptive Posicast Controller (APC) that deals with parametric uncertainties in systems with input time-delays. The continuous-time APC is based on the Smith Predictor and Finite Spectrum Assignment with time-varying parameters adjusted online. Although the continuous-time APC showed dramatic performance improvements in experimental studies with internal combustion engines, the full benefits could not be realized since the finite integral term in the control law had to be approximated in computer implementation. It is shown in the literature that integral approximation in time-delay compensating controllers degrades the performance if care is not taken. In this study, we discuss a development of the APC in the discrete-time domain, eliminating the need for approximation. Rigorous and complete derivation is provided with a Lyapunov stability proof. The discussed discrete-time APC is developed in State Space to easily accommodate multivariable systems and also allow for the extension to nonlinear systems. In essence, this study presents a unified development of the discrete-time APC for systems that are linear/nonlinear with known input time-delays or linear systems with unknown but upper-bounded time-delays. Performances of the continuous-time and discrete-time APC, as well as conventional Model Reference Adaptive Controller (MRAC) for linear systems with known time-delay are compared in simulation studies. It is shown that discrete-time APC outperforms it’s continuous-time counterpart and MRAC. Further simulations studies are also presented to show the performance of the design for nonlinear systems and also for systems with unknown time-delay.

Reference Model Linear Quadratic Regulator Model Reference Adaptive Control Smith Predictor Nominal Controller
These keywords were added by machine and not by the authors. This process is experimental and the keywords may be updated as the learning algorithm improves.
This is a preview of subscription content, log in to check access.