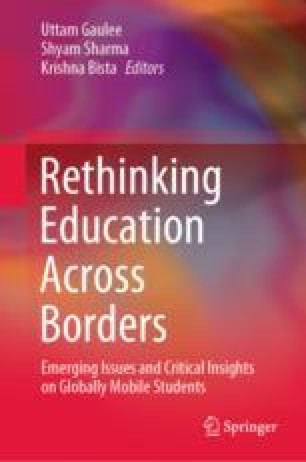 Opening Doors to Foreign Students: An Insight into the History of US Government’s Stance on International Students

On July 20, 2005, the US government provided an unprecedented and relatively uncharacteristic act by passing an “Opening Doors to Foreign Students Act.” The event that had spurred this addition to an amendment was an alarming sudden decrease in international student enrollment in the US in the years 2004–2005. This was the first time the US government had ever directly addressed the need for an active promotion of welcoming foreign students into the United States. The goal of this paper is to understand this change through a historical analysis of government’s actions on international education since World War II. In this understanding, the second goal is to explore how this sheds light to the occurrence of declining international students in the US today and the US government’s contribution to this trend. Through the exploration, the research has led to three conclusions: First, the US government has historically overlooked the international student community because politically and publicly the community had a nonthreatening nature and was systematically benefiting the US. Second, the September 11 attack was an event that caught both the public and government attention on the foreign students. The attention was dual in nature: the international student community became a potential threatening entity as well as an integral part of the US academic, economic, and political system. Third, while the very act of government’s oversight is what has allowed the international student community to become a presence to be acknowledged, moving forward, despite the Open Doors Act, regulation has been the main concern as opposed to support and “opening doors.”