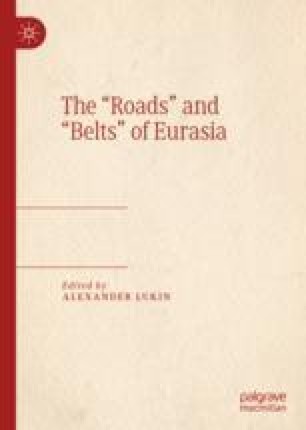 This chapter reviews the emergence and implementation of China’s BRI in Central Asia. The authors set forth Beijing’s foreign policy strategy with respect to the initiative in terms of its main components in Central Asia. The cooperation of Kazakhstan and China is separately considered within the framework of the concept of linking the “Nurly Jol” state program of infrastructural development for 2015–2019 and BRI. Given the long-term nature of this project, forecasts are provided for the interaction of the Central Asian states with PRC within the framework of the Chinese initiative. Additional issues relating to the coexistence of several projects in the Eurasian space, in which Kazakhstan and other countries of the region participate, are also considered. In particular, the authors analyze the role and place given by Chinese authorities to Russia within the BRI strategy. Despite the official statements of the authorities, or established plans (Beijing-Moscow high-speed railway, highway, etc.), China generally assigns an insignificant place to Russia in its strategy. Moreover, by offering road construction projects to Moscow, Beijing apparently expects to divert Russia’s attention from its own plans in Central Asia. Against this background, there is a clear response from Moscow which is most evident in Russia’s desire to actively promote the Greater Eurasian Partnership project.