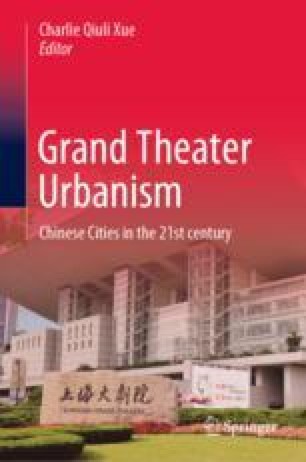 The Shanxi Grand Theater: The “Renaissance” of Chinese Drama Land

Shanxi Province, one of the main cradles of Chinese performing arts, is located in the North China region. Studies on no fewer than four inscriptions prove that buildings dedicated to the performing arts (known as dance halls) appeared as early as the Northern Song Dynasty (AD 960–1127) [Stone tablet record of a newly built Houtu goddess temple (including ‘Dance Building’) in Wangquan county, Hezhong prefecture, 2nd year of the reign of Jinde (1005 A.D.), Song Dynasty. See Che (2011)]. This type of construction is often located inside the temple courtyard, and its location is similar to that of Xian Hall (the hall of consecration) of the later Ming Dynasty. It can be inferred that the dance hall was adapted to the need to worship the gods with drama and dance performances. In the traditional daily life of northern China, theatrical performances are popular and auspicious elements of religious rituals.

My father was trained as a surgeon in Beijing. His professor habitually listened to J. S. Bach’s works during preoperative preparation. Since graduating, my father has applied this musical philosophy in our family, and he took us to performing arts shows as much as possible.

I spent my childhood in Taiyuan, where there was little chance for a young boy to attend high-grade performances. My only visit to the Grand Theatre in Beijing will always remain in my memory, although then, I lost myself in the comfortable seats and dazzling lights rather than the performance. If readers can empathise with me as a young boy, they may understand what motivates the Shanxi people’s ambitious behaviour regarding grand theatre.

In addition to the modern grand theatre, many Soviet-style performing spaces were built in the 1950s–1960s that were still functional at the end of the 20th century. I lived in a unit compound (“danwei dayuan”, unit yard community) with an auditorium for conferences, drama shows and movies. The small square in front of the auditorium became the center of the community. I would do my homework with my friends on the wide railing after school. When children played football or basketball on the square, their parents sat on the entrance steps, watching over them. My grandfather always had numerous tickets to every performance in the auditorium.

The building made a favourable impression on me. As an adult, I have experienced many performing spaces in Asian and European countries, but the way I think about performing spaces has been and continues to be influenced by nostalgia for my happy childhood.