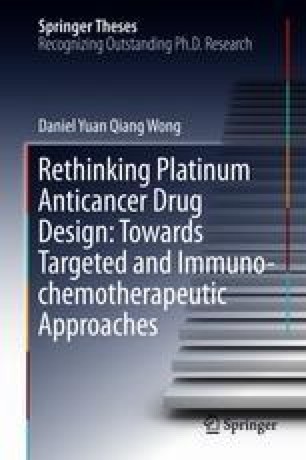 Platinum(II)-based drugs, namely cisplatin, carboplatin and oxaliplatin, are the first line of treatment for many types of malignancies, including testicular, ovarian and lung cancer (Kelland in Nat Rev Cancer 7:573–584, [1]; Abu-Surrah and Kettunen in Curr Med Chem 13:1337–1357, [2]). However, their efficacy is severely limited by adverse side-effects due to high toxicities and incidences of drug resistance, either inherent or acquired (Fuertes et al. in Chem Rev 103:645–662, [3]).

Platinum Imine Proton NH4OAc Buffer Crude Reaction Mixture Oxime Bond Formation
These keywords were added by machine and not by the authors. This process is experimental and the keywords may be updated as the learning algorithm improves.

Reproduced with permission from the Royal Society of Chemistry. 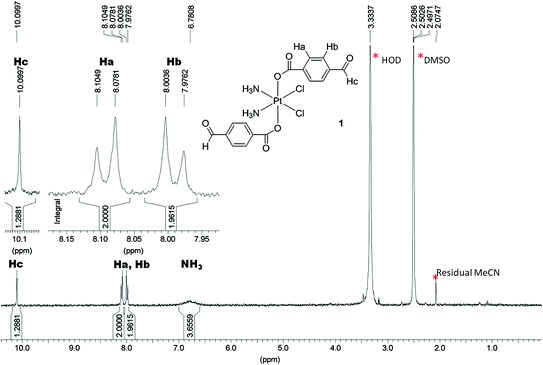 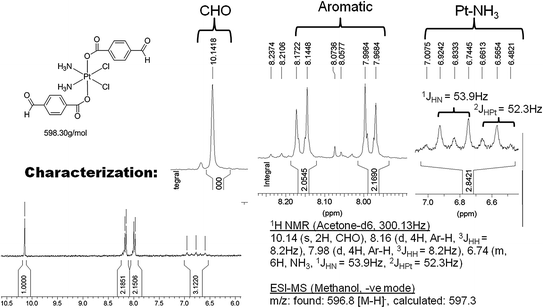 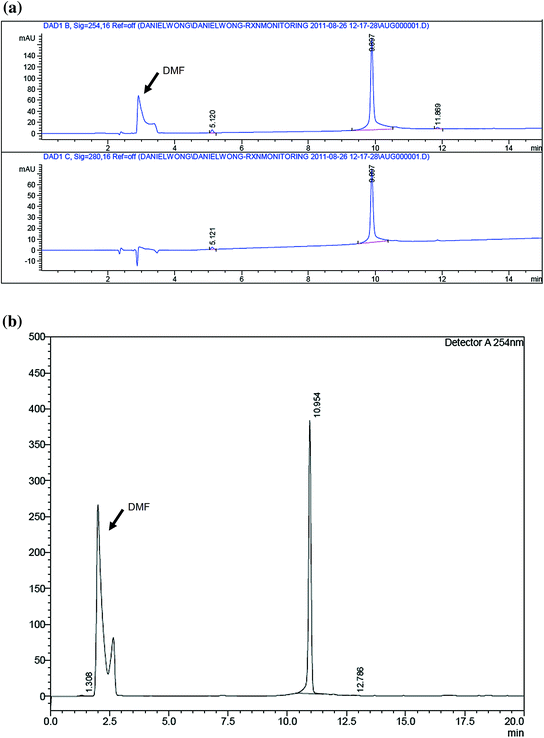 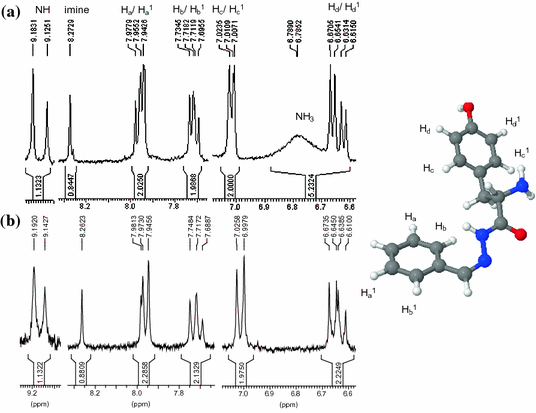 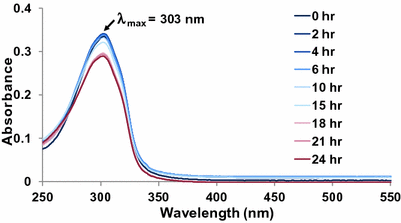 1 H NMR spectra of Pt-tyrosine hydrazide 2c. The asymmetry of the aromatic protons observed in the 1H NMR spectra of 2c was initially puzzling as the protons Ha/H a 1 , Hb/H b 1 and Hd/H d 1 exhibited greater magnetic inequivalence than was observed with the other Pt(IV)-imine conjugates where the same protons (though magnetically inequivalent) had closely overlapping chemical shifts. Consequently, in order to rule out the possibility of asymmetry of the axial ligands (eg. one side having E stereoisomerism with the other side being Z), we synthesized the purely organic hydrazone conjugate between 4-carboxylbenzaldehyde and tyrosine hydrazide for comparison. As shown in Fig. S2.6, the organic hydrazone displayed the same asymmetry of the aromatic protons. We postulated that this asymmetry arose due to slow rotation of the N=CH–Ph double bond in the NMR timescale, resulting in more distinctive magnetic inequivalence of Hb versus H b 1 .

The consumption of 1 and formation of the bis-conjugated product 2a at hourly intervals was quantified by integration at 254 and 280 nm. In order to obtain a smooth plot of [1] and [2a] as a function of time, the experimental data was curve-fitted to model the chemical equilibriums as shown in Fig. S2.6 and Table S2.1 using the chemical reactions module of Berkeley Madonna, a commercial graphical differential equation solver.
In order to account for differences in molar absorptivity, the fraction of Pt-benzaldehyde (A) at any one point in time (t) was calculated as the current amount of A over the initial amount of A as quantified by HPLC integration. Similarly, the fraction of bis-ligated product (C) at any one point in time was calculated as the current amount of C over the maximum amount of C produced at the end of the reaction. Since it was difficult to extrapolate the maximum amount of mono-ligated product (B) from the experimental data, the fraction of B at any one point in time was calculated by substracting from the fraction of A and C. This is summarized as the follows (Table S2.1):
Table S2.1