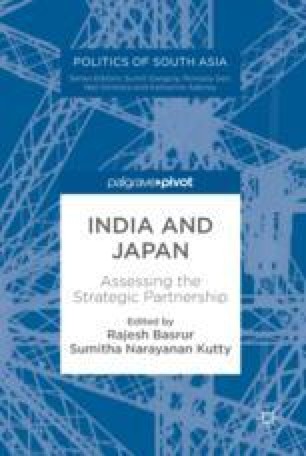 Why Japan Needs India as a Defence Partner

In this chapter, the author explores Japan–India defence ties from the Japanese perspective and highlights the reasons that have drawn Japan closer to India in this regard. This chapter examines the positive and negative sides of China’s rise and recommends that India and Japan cooperate within a framework that addresses their mutual concerns—be it the India–China border dispute or Chinese actions in the East China Sea. Nagao suggests Japan and India share the burden of ensuring stability in the Indian Ocean Region and collaborate to strengthen the defence capacity of countries in the South China Sea. Japan is also willing to contribute towards India’s defence capabilities in the form of warships, amphibious aircraft carriers and sea-based missile defence. At the systemic level, Nagao notes a shift from the US-led hub-and-spoke alliance system to an emerging security cooperation network revolving around cooperation between the Japan, India, United States, and Australia among others. Such cooperation, the author observes, could persuade certain assertive states to become more responsible stakeholders in the system.