Current Issues in Economics and Finance 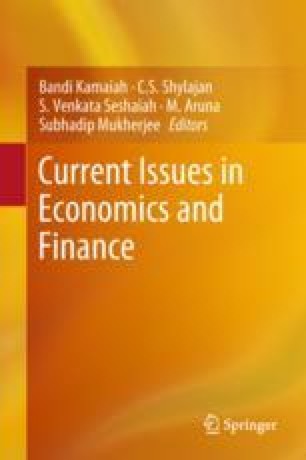 Current Issues in Economics and Finance pp 213-223 | Cite as

Problem of food insecurity is a multi-dimensional, multi-faceted and multi-causal problem. Food grain production can be increased either by increasing the area under food grains or by improving the yield rate. Expansion and sustainability in the growth of food production is a big challenge as demand for land for non-agricultural purposes is bound to increase in the days to come. Expansion of urban agglomeration, growth of smaller towns, need for provision of physical and social infrastructures result in the decline in land available for agricultural purpose. The problem gets aggravated when there is a shift in cropping pattern from food crops to non-food crops. In this background, adequate food production can be maintained mostly by improving the yield of food grains. Against this backdrop, an attempt is made in this Paper to estimate the contribution of the ‘increase in area under food grains’ and ‘improvement in technology’ to the growth of food grain production in Telangana using Simple Decomposition Technique and to estimate the influence of determinants of per capita availability of food grains using Multiple Regression Technique. The results of the Study indicate that generally the yield effect is stronger than the area effect on growth of food grains, Cereals and Rice. However, yield effect seems to be declining with passage of time which casts shadow on the sustainability of food grain production. Improvement in productivity and extension of cropped area have positive influence on per capita availability of food grain while higher density of population would result in decline in per capita availability of food grains.

Earlier version of the Paper was presented at 5th International Conference on Applied Econometrics (ICAE-V) held at IBS Hyderabad, India during July 22–23, 2016.