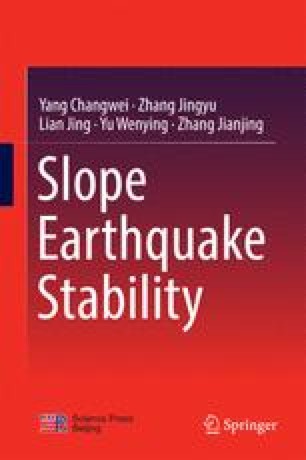 In 2008, Wenchuan earthquake (Ms8.0) was triggered by Longmen Shan fault, causing more than 87,000 people killed and 370,000 wounded. Wenchuan earthquake is the most destructive earthquake occurred in China inland in the past 100 years. Two years after, Yushu, Qinghai Province, was struck by earthquake with a magnitude of 7.1, inducing over 2000 deaths. Natural disasters pose lots of scientific issues to be addressed.

Slope Stability Seismic Response Wenchuan Earthquake Rock Slope Slope Stability Analysis
These keywords were added by machine and not by the authors. This process is experimental and the keywords may be updated as the learning algorithm improves.
This is a preview of subscription content, log in to check access.