Energy Transitions in Japan and China 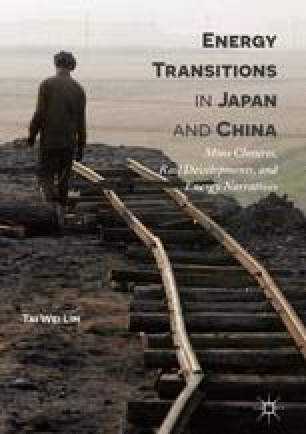 The study of narratives and policy commentaries related to the study of the coal industries in Japan and China is important because these two countries rank amongst the world’s top importers, users, exporters and developers of new coal technologies. Their policy inclinations and political visions in this area have the potential of steering global direction in the use and production of energy resources. In studying the general energy policies of China and Japan during and after their leadership transitions, special attention is given to the study of coal resources due this resource’s major re-emergence into public energy narratives in 2011–12, especially in the mass media.

Asia Pacific Region Leadership Transition Coal Industry Coal Resource Great East Japan Earthquake
These keywords were added by machine and not by the authors. This process is experimental and the keywords may be updated as the learning algorithm improves.

In March 2012, one year after the Great East Japan Earthquake, I received the generous Sumitomo Grant. This grant looks at the history and prospects of coal energy in Japan. This subject matter integrates well with the chapter that examines the narratives in the post-Fukushima scenario looking at alternatives to nuclear energy (not necessarily replacing nuclear power but to supplement it) that include clean coal amongst the options (in addition to natural gas and alternative renewable energies). This fund made it possible for another student helper to assist with the coal energy section of the project and the related chapter (Chapter 7) in this manuscript.