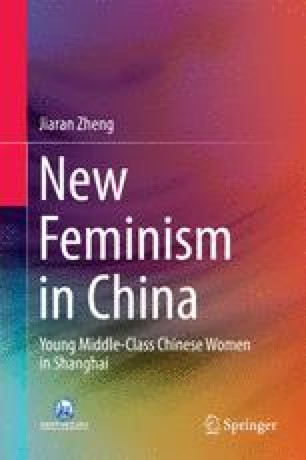 Feminism in the Third Wave

This chapter aims to provide new perspectives and directions for feminism by exploring the diversity, tolerance for difference and contradiction, and multi-level praxis. I build up my conceptual framework of ‘third-wave feminism’ on the basis of Western feminist studies and theorising of young women’s activism in current times. By revisiting these studies, I attempt to portray new images of young women as the victors in late modern, globalised economies. The purposes here are twofold: Firstly, rather than simply reproducing the generational split that has characterised much of the framing of the feminist debate, I would like to call the issue of ‘young women’ into question whilst I explore it critically. I suggest that we should expand the concept of feminism: ‘feminism’ ought not to be seen only as legitimate when it takes the form of recognised activism; rather, it can have an important place in the ‘micropolitics’ of contemporary young women’s everyday lives. Secondly, by reviewing how girls and young women in many Western societies get involved with the contemporary feminism, I structure an analytical framework for comparatively understanding the ways in which how young Chinese women construct their meanings of young womanhood and how they engage in feminist activism. I do not intend to draw a shape dichotomy between China and the West, but what I would like to emphasise and to suggest here is that we should provide very careful and sophisticated analysis of the meaning of culture and religion in order not to deny difference with fixed notion of privilege and discrimination.

Young People Young Woman Political Engagement Change Labour Market Feminist Debate
These keywords were added by machine and not by the authors. This process is experimental and the keywords may be updated as the learning algorithm improves.
This is a preview of subscription content, log in to check access.