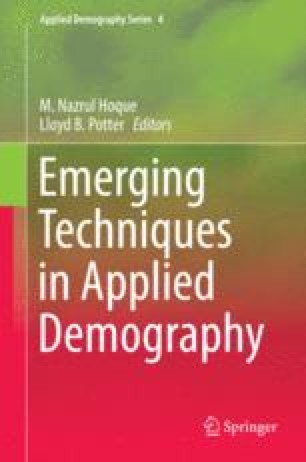 Population estimates are widely used in fund allocation, revenue sharing, planning, and budgeting at the federal, state, and local levels; as such, accuracy is crucial, and finding the most appropriate data and method to produce the accurate results is a constant goal for estimates professionals.

This chapter examines the viability of the housing unit method, typically used at the sub-county level, for county level estimates. Would this straightforward and easy-to-implement method generate more accurate estimates than the ratio-correlation method or administrative record method? The findings, while not surprising, provide empirical evidence through a thorough, careful, and clear case study.

Population Estimate Housing Unit Mean Absolute Percent Error American Community Survey Occupancy Rate
These keywords were added by machine and not by the authors. This process is experimental and the keywords may be updated as the learning algorithm improves.
This is a preview of subscription content, log in to check access.