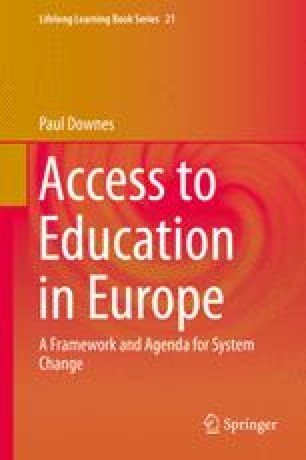 In developing an argument for system-wide clusters of structural indicators for access to higher education and lifelong learning, it is important to acknowledge a double neglect at European level. Firstly, there has been a neglect of structural indicators overwhelmingly in favour of outcome indicators at European Commission level in education and social inclusion. Secondly, there has been a limitation of emphasis on the education sphere at Commission level within the open method of coordination, at least until recently.

Lifelong Learning Outcome Indicator Human Trafficking Process Indicator Structural Indicator
These keywords were added by machine and not by the authors. This process is experimental and the keywords may be updated as the learning algorithm improves.
This is a preview of subscription content, log in to check access.