Indian Foreign Policy and the Border Dispute with China 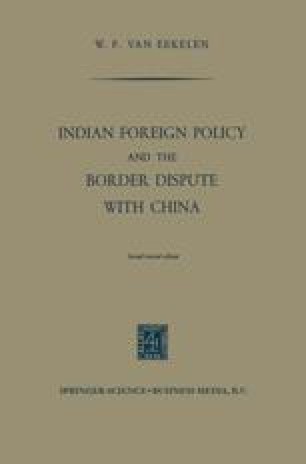 The Sino-Indian treaty of 1954 stated in its preamble that the two governments being desirous of promoting trade and cultural intercourse between the Tibet region of China and India, and of facilitating pilgrimage and travel by the peoples of China and India based their agreement on the following principles:

Internal Affair Mutual Respect Mutual Benefit Territorial Integrity Peaceful Coexistence
These keywords were added by machine and not by the authors. This process is experimental and the keywords may be updated as the learning algorithm improves.
This is a preview of subscription content, log in to check access.