International Handbook of Educational Research in the Asia-Pacific Region 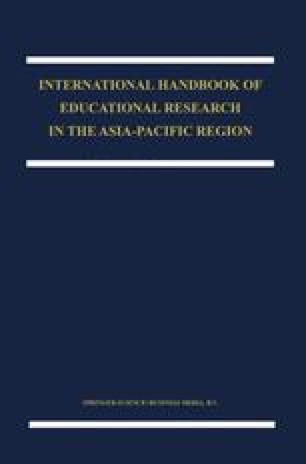 Equality of Opportunity in Education

The notion that there should be equality of opportunity in education, where everyone has fair and equal access to a good quality education regardless of social background, race, gender or religion, and where people achieve success in education according to their efforts and ability, free of any form of discrimination, is enshrined in several International Conventions. Article 26 of the Universal Declaration of Human Rights (United Nations, 1948) proclaims that “everyone has the right to education”, that “education shall be free, at least in the elementary or fundamental stages” and that “education shall be directed to the full development of the human personality...”.

Educational Opportunity Universal Declaration Educational Performance Disadvantaged Child Educational Success
These keywords were added by machine and not by the authors. This process is experimental and the keywords may be updated as the learning algorithm improves.
This is a preview of subscription content, log in to check access.