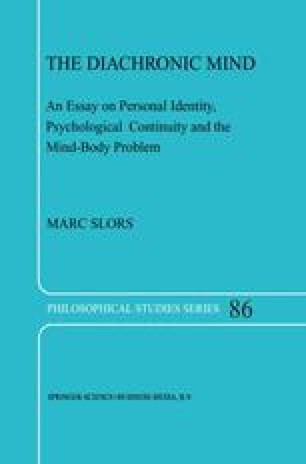 There may seem to be a strong parallel between the position outlined in the latter half of the last chapter and a position known as ‘interpretationism.’ Interpretationism is widely considered to be at odds with mental realism. Since I want to defend the claim that my position is at least compatible with realism about the mental, it is imperative that the extent to which the parallel holds and the extent to which it doesn’t are clearly stated. That is my first aim in this postscript. A second aim, equally important, is to give a further articulation of the view presented above through a comparison with a well known position.

Mental State Social Reality Intentional Stance Theoretical Entity Logical Construct
These keywords were added by machine and not by the authors. This process is experimental and the keywords may be updated as the learning algorithm improves.
This is a preview of subscription content, log in to check access.