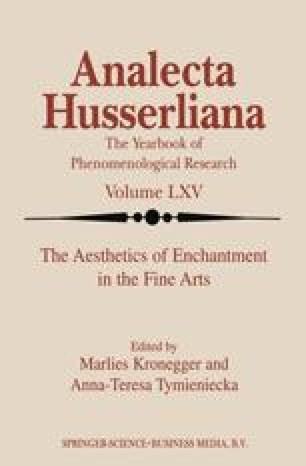 Perceiving the Sublime: A Look at Emerson’s Aesthetics

In “The American Scholar,” Emerson sets forth to describe what he thinks should be the unique shape, task, and approach of a scholar formed in and working for America: “We have listened too long to the courtly muses of Europe.”1 This is not meant to be an insult to the European scholarly traditions — within the essay Emerson praises Goethe, Carlyle, and Wordsworth, among others — but merely to point out that while studying and admiring the traditions of other countries can be useful and inspiring, trying to mimic or fit into those traditions is dishonest and unproductive. The problem is not, as Emerson sees it, in being influenced by a great European mind, but in feeling that one must be: “Men grow up in libraries, believing it their duty to accept the views which Cicero, which Locke, which Bacon, have given; forgetful that Cicero, Locke, and Bacon were only young men in libraries when they wrote those books” (27). Oliver Wendell Holmes would later refer to this speech as “Our Intellectual Declaration of Independence,” emphasizing Emerson’s own sense of the significance of the fact that America is based on revolution.2 While we have broken off from European control and forged a new, unique political system in which new leaders are constantly picking up the reigns of control, intellectually we are still, Emerson is saying, working within the European system of inheriting masters: master thinkers and master texts. It doesn’t make sense, it doesn’t suit, in a country based on constantly reinventing itself, to have an educational system and a scholarly tradition based on inheritance. Emerson is not suggesting that we turn a blind eye to all things foreign or that we throw out the great books from the past; in fact, as mentioned above, he frequently calls on such “old masters” as Plato, Milton, and Shakespeare both here and in his other works. Emerson’s point, however, is that we shouldn’t read Plato because our fathers and mothers thought he was a genius, but rather, if we read Plato we must do so because we have established our own relationship with him and because we have discovered for ourselves the truth and beauty within his work. Just as we constantly reevaluate our political leaders, we must constantly and individually reevaluate works of literature, of art, etc., and decide whether they remain valid. As he tells the graduating class of the Harvard Divinity School in July, 1848: “Truly speaking, it is not instruction, but provocation, that I can receive from another soul. What he announces, I must find true in me, or reject; and on his word, or as his second, be he who he may, I can accept nothing” (30). When a “master text” ceases to provoke me, I must reject it.

Aesthetic Experience American Scholar Aesthetic Theory Sublime Experience Scholarly Tradition
These keywords were added by machine and not by the authors. This process is experimental and the keywords may be updated as the learning algorithm improves.
This is a preview of subscription content, log in to check access.