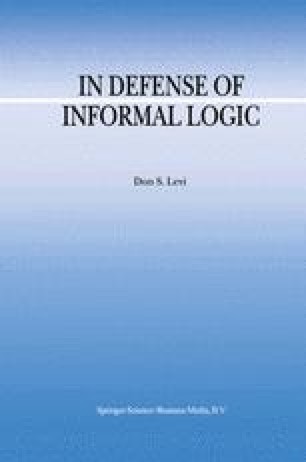 The Unbearable Vagueness of Being

When I consult the literature on the Sorites paradox, I feel like a tourist in a land whose the natives do not try to make me feel welcome.1 The insight, or tolerance principle, that is the basis for generating the paradox is that there are differences too insignificant to make a difference. A single hair cannot make the difference between being bald and not being bald. If it doesn’t make a difference with a person who has no hair at all, then it won’t with one who has a single hair; and so it won’t with one with two hairs; and so on, yielding the absurdity that there are no cases of non-baldness.

Natural Language Induction Step Borderline Case Actual Discourse Vague Predicate
These keywords were added by machine and not by the authors. This process is experimental and the keywords may be updated as the learning algorithm improves.
This is a preview of subscription content, log in to check access.