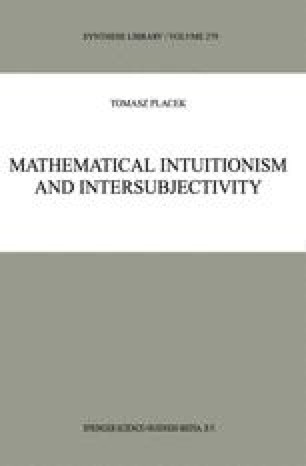 At the time when Heyting was announcing peaceful collaboration between competing schools in the philosophy of mathematics and other intuitionists were adopting a more pragmatic program of formalizing various chapters of intuitionistic mathematics, another reasoning that advocated the necessity of revising classical mathematics in favor of intuitionism was crystallizing in the publications of Michael Dummett. It was not only new and different from those of Brouwer and Heyting, but, as it started with considerations of what a correct account of meaning should be, it marked a significant breach with the already established intuitionistic tradition. Although a part of what Brouwer and Heyting wrote on intuitionism can clearly be viewed as expressions of their views on meaning, their arguments ultimately turn on foundational issues like the nature of infinity or the concept of set rather than on reflections on meaning.