The (Coming) Age of Thresholding 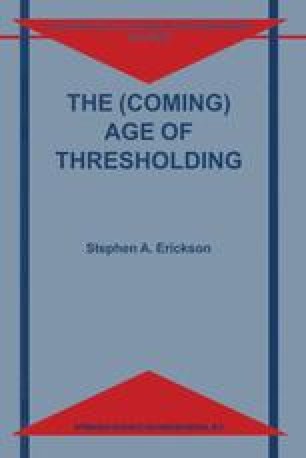 I have presented some symptoms of the unraveling of our age. Positively construed, they herald a growing attempt on the part of individuals to rely more on themselves, a strengthening, thus, of self-reliance. But these symptoms leave many unresolved questions regarding the optimal conditions for and the true nature of self-reliance. They also move us further into the coming Age of Thresholding, for individuality, self-reliance, and thresholding are significantly interconnected, and, at a minimum, this interconnection is undoing coercive formations.

Human Life Political Order Instrumentalist Attitude Educational Formation Religious Sensibility
These keywords were added by machine and not by the authors. This process is experimental and the keywords may be updated as the learning algorithm improves.
This is a preview of subscription content, log in to check access.