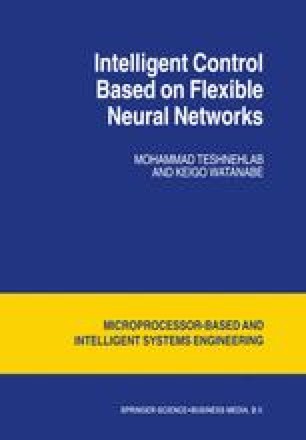 Intelligent control has been studied actively in the last three decades by several investigators, and has been implemented successfully. Control systems have been designed to treat systems requiring complex control actions, mainly due to existing uncertainties of their dynamics and their relation with the environment. The systems have been endowed with capabilities of conditional decision making under unknown environmental circumstances. However, their analytical structure is the source of serious limitations for their application, as advanced autonomous controls, to the systems with major unpredicatable changes in the plant environment relations. It is a known fact that the systems designed today cover a larger area than ever before, and treat problems that require “intelligent” capabilities and complex decision making in uncertain changing environments. The engineering research in this area is on systems with a human controller such as robotic systems, automotive plants, underwater and autonomous systems, and process control which have benefited from various intelligent control theories. However, the field of intelligent control needs more research with focus on the real control problems. Traditionaly, intelligent control has embraced control theory, neural networks (NNs), fuzzy reasoning, classical artificial intelligent (AI), etc.. This book mainly deals with the control theory and NNs. Several implementations of intelligent control based on NNs with numerous examples have been reported previously (e.g., see Refs. [1]–[3]).