Technological Development and Science in the Industrial Age 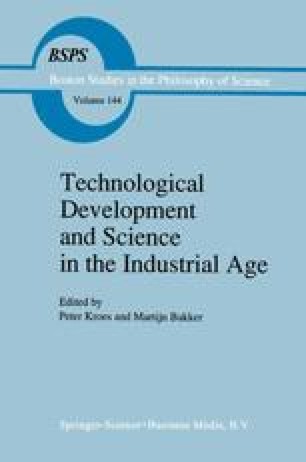 Escape from the Jail of Shape; Dimensionality and Engineering Science

Chapter
Part of the Boston Studies in the Philosophy of Science book series (BSPS, volume 144)

In V. Sackville-West’s Poem, “The Land” the poet deals with craftsmen. The noem reads in part:

Reality down fluttering to a bench;

Cut wood to their own purposes; compelled

The growth of pattern with the patient shuttle,

Drained acres to a trench.

Control is theirs. They have ignored the subtle

Release of spirit from the jail of shape.

They have been concerned with prison, not escape.1

Heat Transfer Dimensionless Parameter Engineering Science Dimensional Analysis Fluid Resistance
These keywords were added by machine and not by the authors. This process is experimental and the keywords may be updated as the learning algorithm improves.
This is a preview of subscription content, log in to check access.