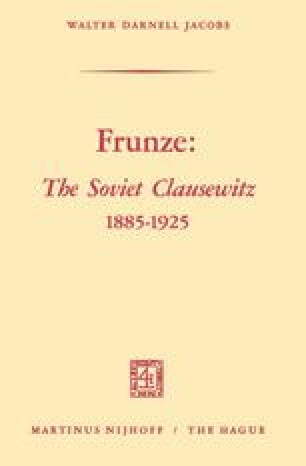 The Regular Army and Militia

Long before the communists seized power in Russia in 1917 they had made their views on the regular army well known. They thought of regular armies as strongholds of reaction and as instruments of oppression in the hands of the class ruling in a state.

Soviet Republic Soviet State Militia System Party Platform Regular Unit
These keywords were added by machine and not by the authors. This process is experimental and the keywords may be updated as the learning algorithm improves.
This is a preview of subscription content, log in to check access.