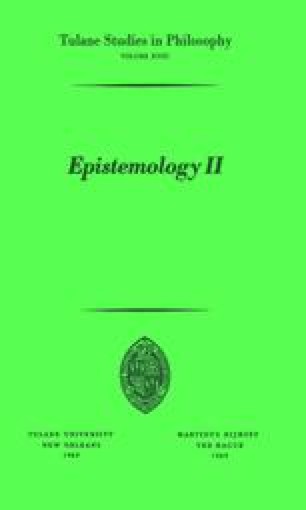 The Case for Moral Cognitivism

In presenting this paper, I want to acknowledge at the start that I am not at all sure whether it is a sound argument or a bad tour de force. I hope to settle this point, if no other. The issue with which I am concerned is that of moral cognitivism versus non-cognitivism; and I shall defend the former position. These two views, in their broad outlines, are so familiar that they need no detailed characterization. The non-cognitivists assert, with more or less vehemence, that moral judgments are subjective, private, relative, irrational, and ultimate; they embody only the emotions, attitudes, preferences, prejudices, desires, and exhortations of those who advance them. As against this view, I intend to argue that moral deliberations and the judgments in which they issue are in principle just as objective, public, and verifiable as rational and empirical investigations and the propositions in which they issue. To state the matter differently, I would deny the sharp disjunction that is often drawn between descriptive and normative statements, between fact and value, between the ‘is’ and the ‘ought’.

Moral Judgment Human Existence Moral Conclusion Logical Rule Moral Deliberation
These keywords were added by machine and not by the authors. This process is experimental and the keywords may be updated as the learning algorithm improves.
This is a preview of subscription content, log in to check access.