Essays in Philosophy and Its History 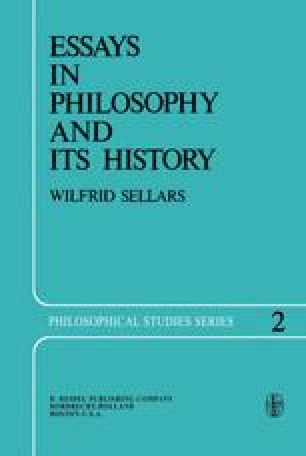 Essays in Philosophy and Its History pp 3-26 | Cite as

Reason and the Art of Living in Plato

In Book VI of the Republic, Plato begins his exploration of the principles in accordance with which the city must be governed if it is to be an enduring and autonomous embodiment of the various forms of excellence of which men, individually and collectively, arc (at least in approximation) capable. These principles have a two-fold status. In the first place, they must, if the city is to endure, be ‘objective’ in the sense that the distinction between truth and falsity is relevant to them and in the second place, they must be capable of being known, where ‘knowledge’ contrasts with that mere ‘belief’ or ‘opinion’ which, however true it may be, is, as lacking the support of rational insight, at the mercy of sophistical argument and the persuasive techniques of the orator.

General Welfare Satisfactory House General Imperative Objective Principle True Opinion
These keywords were added by machine and not by the authors. This process is experimental and the keywords may be updated as the learning algorithm improves.

Presented in a conference of Greece: The Critical Spirit, 450–350 B.C. held at Ohio State University, April 5 and 6, 1968. A discussion of closely related issues is to be found in my essays “The Soul as Craftsman” in Philosophical Perspectives (Springfield, Illinois, 1967).

Cite this chapter as:
Sellars W. (1974) Reason and the Art of Living in Plato. In: Essays in Philosophy and Its History. Philosophical Studies Series in Philosophy, vol 2. Springer, Dordrecht