Passions of the Earth in Human Existence, Creativity, and Literature 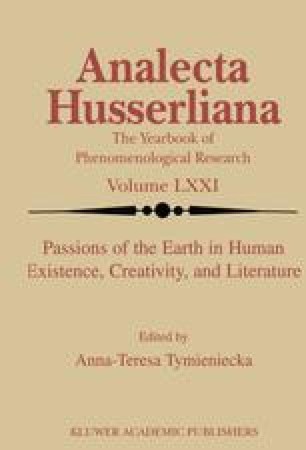 Passions of the Earth in Human Existence, Creativity, and Literature pp 159-166 | Cite as

In this paper I intend to study in depth selected images from Sally Mann’s landscape photography, which have recently been published in a collection memorably entitled Motherland, in an attempt to understand the literary and philosophical underpinnings of the work, which are hinted at by Mann’s assertion in the fascinating introduction to the collection that “Southerners embrace the Proustian concept that the only true paradise is a lost paradise”1 (Mann, 5). While the artist’s introduction stresses the hold of the South on her visual and poetic imagination (“It is a Southern pastime to wallow in family and laud the distinctive light and spiritualize the rivers”), and the Motherland exhibit was accompanied by an excerpt from Shelby Foote’s Shiloh lamenting the South’s “incurable romanticism and misplaced chivalry ... too much Walter Scott and Dumas” (ibid), I suggest that the Proustian presence in these images transcends the utopian/dystopian dichotomy to express startling explorations of a wide variety of topics related to the great French author.2 These topics include the foreshadowing of the apocalypse, a dimension of Proust’s work rarely discussed in current debate3 which is, however, present in the landscapes of Combray as well as in the surrealistic “nighttown” of wartime Paris, and which in Mann’s work acquires disturbing millennarian overtones; and the exploration of landscape in terms of feminine sexuality, present in Proust most compellingly perhaps in the highly eroticised “paysages” of Roussainville and Montjouvain as well as the troubled river banks of the Vivonne4 and which Mann translates visually through manipulation of her imagery rather than merely capturing “feminine” elements of landscape.5

Sally MANN Philosophical Underpinning Lost Paradise Chinese Poetry Bare Tree
These keywords were added by machine and not by the authors. This process is experimental and the keywords may be updated as the learning algorithm improves.

On the utopian topos in Proust, see my article, “Apples without Snakes: Proust’s Sapphic/Organic Rewritings of Eden.”

Sally Mann has confirmed her love for Proust’s work to me in private conversation.

See Andrew McKenna’s “Proust’s Apocalypse Now,” which, however, deals only with the war episode rather than addressing the apocalyptic topos throughout Proust’s novel.